infinity-space
Home Home improvement Air Conditioning In The Cinema: How Does It Work And Temperature Control? 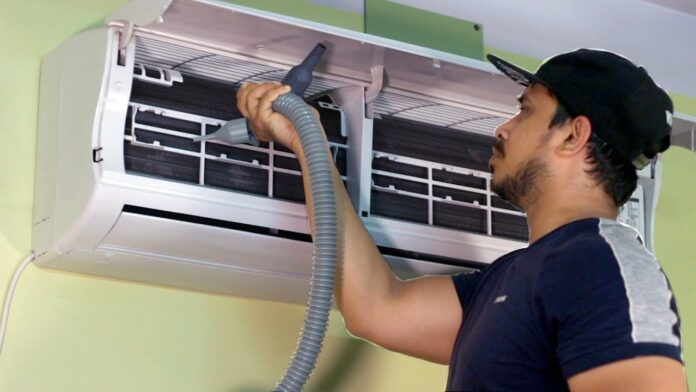 It is not enough to ventilate the room; it goes further. We’re talking about a closed room, usually full of people trying to watch a movie, or the air conditioning has to do their job very well, but discreetly, without bothering either with noise or with direct wind on viewers. That why you should use professionals for emergency repair and service.

How Do You Control The Temperature In The Cinema?

Which leads to another problem. Movie theaters can be full of people or emptier, and the regulars are seated; that is, they are not moving and producing heat. The more people in a room, the hotter it gets; however, a very low temperature can make the audience cold with few people. The problem is solved, with an ambient temperature sensor connected to the thermostat. It reads the location and controls the temperature according to the thermal load of the room.

The Importance Of Ventilation

Another important function of air conditioning is to ventilate the cinema room. Most cinemas are located inside malls, allowing air conditioners to use the building’s ventilation ducts to circulate fresh street air. This is important (and required by the standard) to avoid the accumulation of CO2 inside the exhibition hall – not only because it is harmful to health, but also because the excess of CO2 causes drowsiness, contrary to going to the cinema.

Where Does The Air In Movie Theaters Come From, And Where Does It Go

Another advantage of being connected to the ventilation system of shopping malls is that the air conditioners in the cinemas also use these buildings’ thermal power plant to dispense the air taken from inside the rooms – which is done through a Chiller. Usually, even in cinemas with several rooms, there is only one Chiller for the entire air conditioning system, although each room has its Fan coil.

The Air Conditioning Must Not Disturb.

It is also important that the air conditioner does not make noise or blow people during the film, so as not to disturb them. To prevent this situation; the diffusers need to be well adjusted and with low speed in the inhabited area. It is necessary to avoid high speed in the whole main network not to produce loud sounds. Some ducts have noise attenuators, and also, ducts are made of glass wool, which dampens sound waves. Look for the best company if there is need for repair.

Why Do People Prefer Mobile Homes To Stay In?

Reasons to Choose an Acoustic Foam for Soundproofing

Why Do People Prefer Mobile Homes To Stay In?

Reasons to Choose an Acoustic Foam for Soundproofing

Learn Here How To Improve The Curb Appeal Of Your Home...

The Unexpected Costs Of Diy Roofing